Putin back John discussed homosexuality and bisexuality, this is not a prank 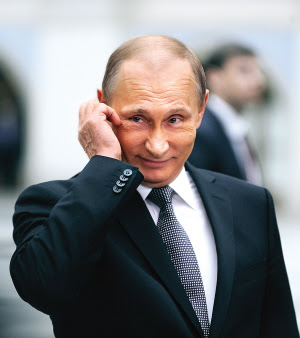 British rock star Elton John said earlier this month, Russian President vladimir putin "voluntarily" give him a call, but the message is then proved to be a prank, telephone there "putin is Russian actors pretend to be.

Russia 26 itar-tass news agency web site, the kremlin said in a news release, after Mr Putin knows this, take the initiative to call John, and invite the latter when the time is convenient "interview".
Itar-tass reported that putin struggled this call John. After a spoof, wary of John is strong, hard to believe that the phone is really comes from Mr Putin himself. Mr Putin's spokesman dmitry peskov told reporters on the 25th, when the kremlin call John told that Mr Putin will talk with him, he is hesitant. Contact after this time, the kremlin decided to send Russian ambassador Alexander Jacob arts, make the latter personally invite John.

And though the liberal arts and John's telephone communication is not very well. Jacob arts repeatedly explained to John that his was Russia's ambassador to Britain, "the real Russian President" want to talk with him. Peskov said, after a bit, Jacob arts diplomatic skills to help him persuade John, which really in to speak to Mr Putin.

Dmitry peskov told reporters about vladimir putin at the same time talking to John's content. Because of John, he said, was in Brazil, the two sides did not care about the topic of in-depth exchanges. Peskov said: "putin called John said: 'I know somebody made mischief to you, please don't get angry for these guys, they have no malicious. Of course, this also can't become their perfect reason'."

Putin said at the same time, he knew that John was a famous British musician, popular. If both schedule permits, he hopes to meet with John, discuss the latter any topic of interest. Dmitry peskov, however, made no mention of the two sides meet the detailed date arrangement. He said: "they agreed on the phone, if the schedule permits, they will meet. At the very least, both sides expressed to sincerity and desire."

John, a 68 - year - old, who for the film the lion king created a global phenomenon episodes of "the love tonight". He advocated gay rights, gay, bisexual people, or other, should be equal treatment, had been accepted the media interview, hope to gay, bisexual, and other issues to talk with Mr Putin.

John suffered earlier this month a hoax, it's that experience helped him finished talking to Mr Putin's desire. John 15, said in a photo sharing website, Mr Putin active calls, and he talk about homosexuality and bisexuality, including meet bisexual people, bisexual date , etc. He wrote: "thank you, President vladimir putin and held out his hand, today on the phone talking to me. I look forward to discuss with you face to face Russia's lesbian, gay, bisexual and transgender rights equality." He also attached a photo of Mr Putin. After the event, the kremlin has denied the news. Two Russian actors later admitted that they pretend to be Mr Putin staged the spoof farce.
Posted by Unknown at 11:14 PM
Email ThisBlogThis!Share to TwitterShare to FacebookShare to Pinterest
Newer Post Older Post Home