Lesbian, Gay, Bisexual, and Transgender Pride Month is celebrated every June in honor of the raid on the Stonewall Inn in Greenwich Village on June 28, 1969. The first gay pride march was held in 1970 in Chicago, and since, pride celebrations have cropped up across the world. But this year, in light of the Trump administration’s attacks on not only the LGBTQ community, but minority groups across the country, pride parades have taken on a theme of resistance. 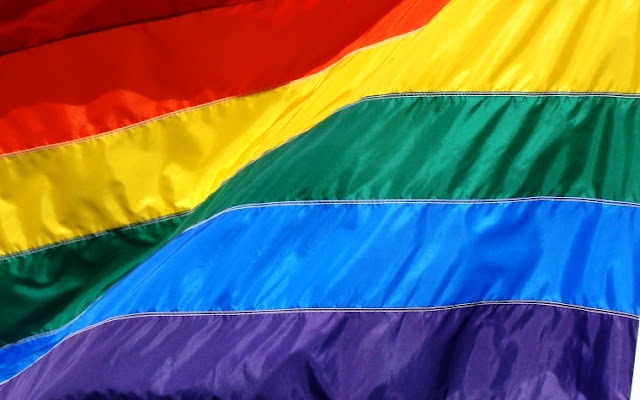 “I was in charge of a bi stall at Pride once when someone came up and told me she didn't believe in bisexuality,” says Libby Baxter-Williams, editor of the UK bisexual magazine Biscuit, to Curve. “She was wearing a t-shirt that said 'Don't tell me who I can love'.”

Last weekend's pride parade in Los Angeles was renamed the “Resist March,” and in Washington, D.C., supporters of gay rights in the nation’s capital had an Equality March. During Trump's campaign for president, he promised to be a “friend” of the LGBTQ community, but after taking office things have changed. His administration revoked protections for transgender students and he is considering a “religious liberty” executive order that would legalize LGBTQ discrimination.

“Bi people stand out in the history of the LGBT movement for our bravery, and for stubbornly going out on a limb to save lives, no matter the consequence,” prominent bisexual activist Faith Cheltenham writes in the South Florida Gay News. “Whether its bisexual politico Emily Dievendorf launching a petition to boycott Mitchfest's transgender exclusionary practices in 2014 or bi icon Dr. David Lourea creating safe sex workshops for gay and bisexual men facing an AIDS epidemic in 1984, bisexuals don't hide from the work.”
Posted by Unknown at 10:38 PM
Email ThisBlogThis!Share to TwitterShare to FacebookShare to Pinterest
Newer Post Older Post Home